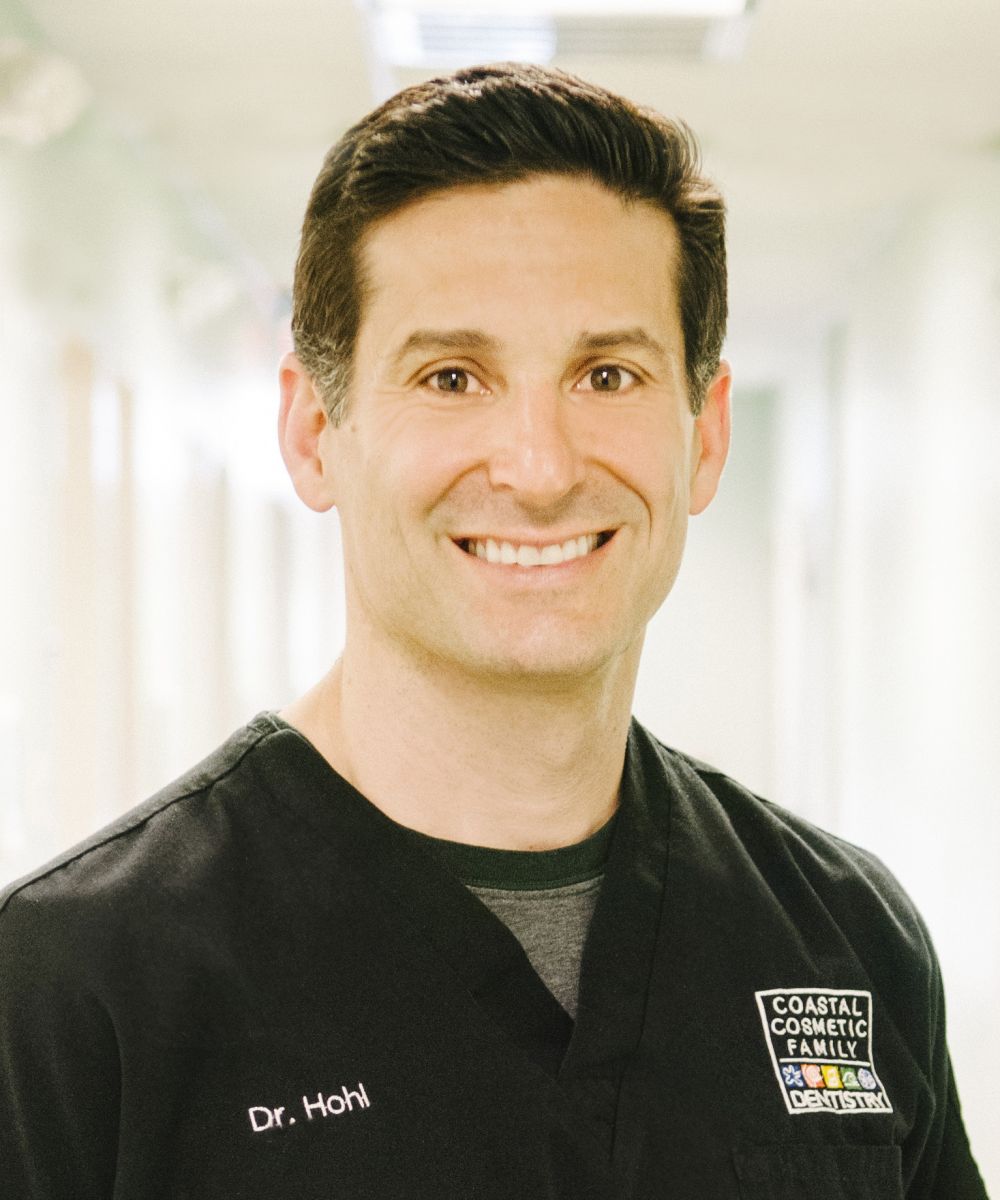 Dr. Gregory Hohl is a native of Easton PA and is the youngest of 5 children. He is married and has 3 young children (including twins).

In 1999 he completed his Doctor of Pharmacy degree at the University of the Sciences in Philadelphia and joined the United States Navy after graduation. Dr. Greg was first stationed at Camp Pendleton, CA where he accepted a military scholarship to go back to school for dentistry.

In 2006 he graduated from Virginia Commonwealth University with honors and continued his military career at Camp Lejeune, NC. While serving there with the Marines, he completed an AEGD (Advanced Education Residency in General Dentistry) and served overseas in Afghanistan with the 24th Marine Expeditionary Unit. Dr. Greg left active duty in 2010. He continued his commitment to the Navy Reserves where he has attained the rank of Commander until his retirement in 2021.

Dr. Greg is most interested in helping his patients achieve a healthy smile that they will love for years to come. He is a member of the American Dental Association, the Academy of General Dentistry, North Carolina Dental Society, the International College of Oral Implantologists, and is a Level 2 provider for the Six Month Smiles® System and the ClearCorrect Alignment System for adult orthodontics.

When Dr. Greg is not at the office he enjoys running, trying to keep pace with his kids and spending time exploring Southeast North Carolina.

Use keywords in the search box below to find what you're looking for.